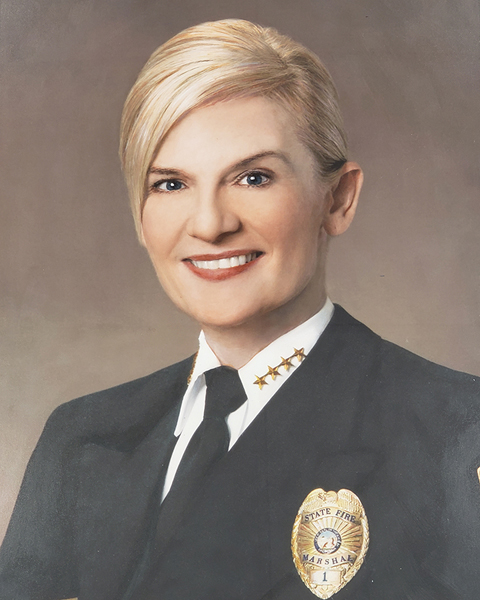 Governor Arnold Schwarzenegger appointed Chief Kate Dargan to the position of State Fire Marshal. Prior to her appointment Chief Dargan was Fire Marshal with the Napa County Fire Department. Chief Dargan was the Division Chief for Cooperative Fire Protection in 2001 and the CAL-FIRE liaison to state agencies involved in disaster response, including the Governor’s Office of Emergency Services. Chief Dargan also served as Battalion Chief for the CAL-FIRE air attack base and conservation camp in Nevada County from 1997-2000.